The average U.S. household is in the best condition we have seen in nearly three decades, according to the most recent research released by the Federal Reserve.

The scars of the Financial Crisis have continued to serve as a positive catalyst for deleveraging in America -- a trend we cheer with the utmost vigor.

In spite of the student loan market growing to over $1 trillion (yes, that's trillion with a "t"), American households have found other ways to pay down debt. Of course, the Federal Reserve Bank has played a strong hand in this process, through facilitating alarmingly low interest rates ever since the Financial Crisis.

Nonetheless, a strong consumer balance sheet is clearly a positive driver for the US economy. 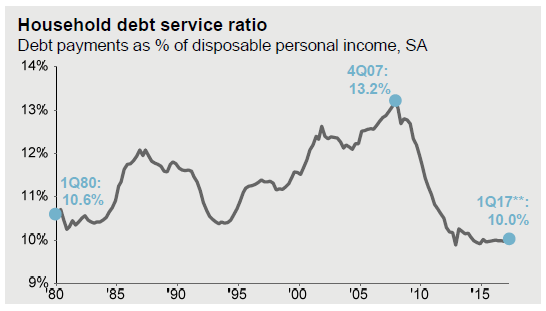 Additionally, household net worth is at an all-time high, now more than 40% higher than our 2007-high of $67 trillion. 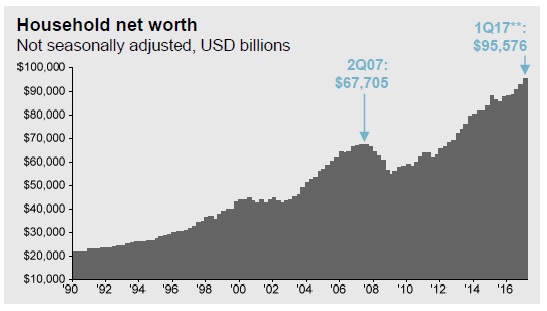 If you expand the scope of the debt numbers to include all forms of financial burdens (i.e. add auto leases, homeowner's insurance, and property taxes), the picture still looks good. We are at lower levels today than we were leading up to the last 3 recessions (1991; 2001; and 2007-2009). 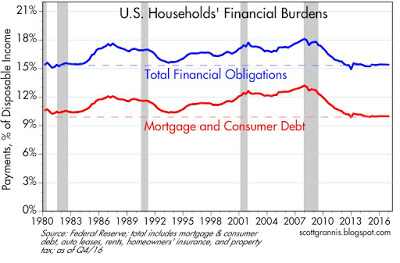 On the employment front, initial claims for unemployment continue to trend lower. They remain lower than we have seen in at least 3 decades: 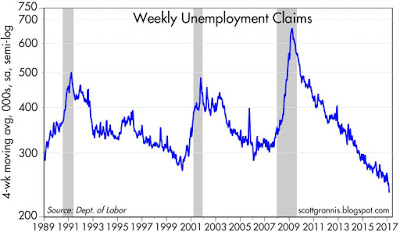 There is your dose of optimism for a Friday afternoon!