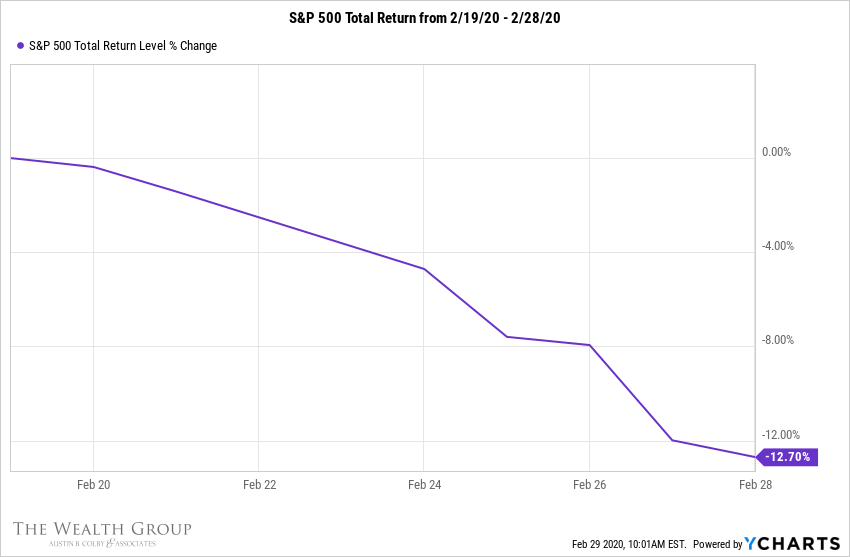 We have therefore been invited by financial media to suspect that the blended value of 500 of the largest, best financed, most profitable businesses in America and the world has “lost” 13% – with more “losses” to come – due to the outbreak in China of a new strain of Coronavirus. And all in a mere 7 trading days.

Permit me to doubt this, and to suggest that you – as goal-focused long-term investors – join me in doubting it.

I do not claim to have any idea how far this outbreak will spread, nor how many lives it will claim, before it is brought under control. I’m reasonably certain that many (or perhaps most) of the world’s leading virologists and epidemiologists are working on it, and I believe that their efforts will ultimately succeed. Clearly, this is nothing more (or less) than my personal opinion.

But if the rich history of similar outbreaks in this century is any guide, this would seem to be a reasonable hypothesis.

I draw your attention to:

Without belaboring the point: the super-spreader of SARS – a fish seller – checked into a hospital in Guangzhou on January 31, 2003, basically infecting the whole staff. The epidemic exploded from there.

On that first day of the litany of epidemics cited above, the S&P 500 closed at 855.70. Seventeen years and six epidemics later (including the current one), on 2/28/20 the Index closed fairly close to 3.5 times higher (nearly 4 times higher when you include dividends). I’m confident that you see where I’m going with this. 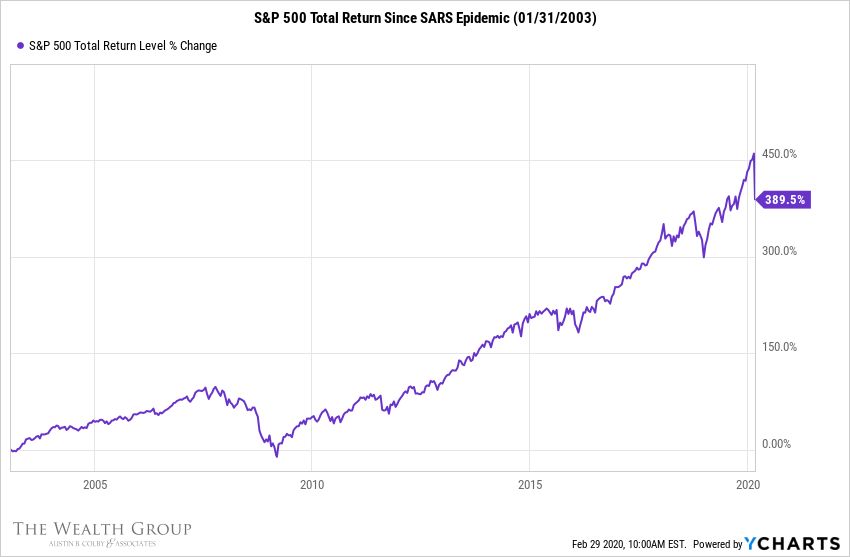 There have been dozens (hundreds?) of reasons (excuses?) to sell during this bull market rally that began in March 2009: 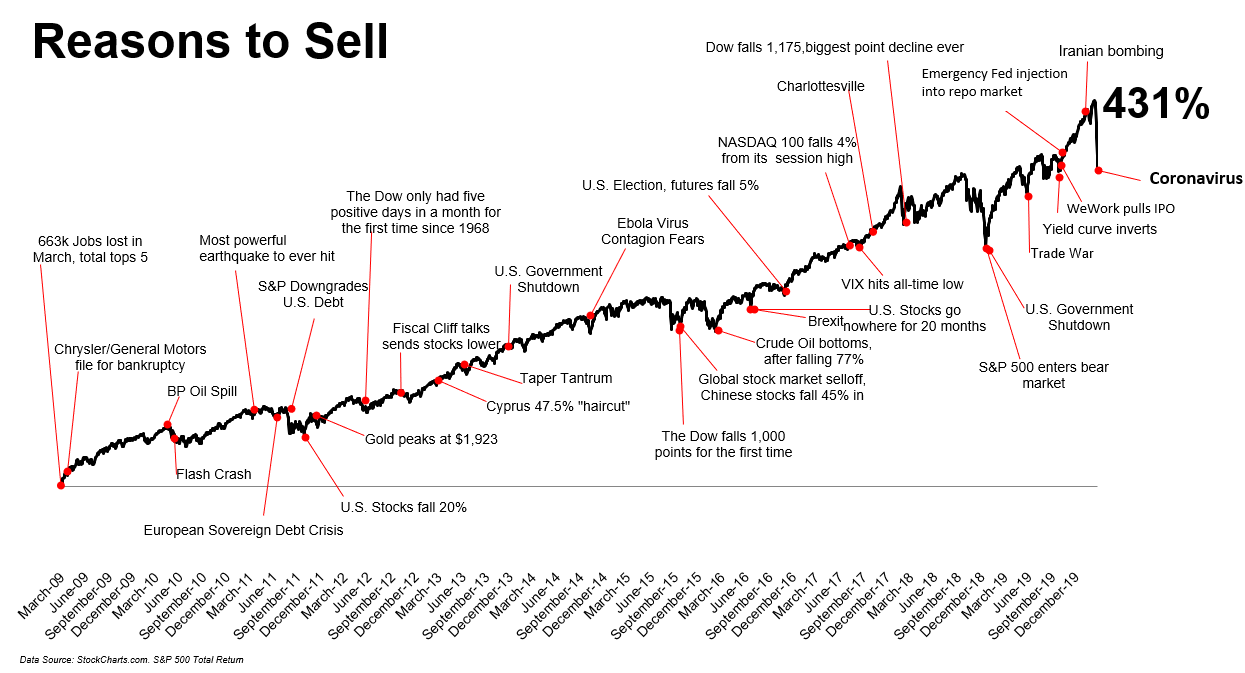 As always, we welcome your inquiries around this issue. In the meantime, I think the most helpful – and certainly most heartfelt – investment advice I can offer would be that you turn off the television set.

The S&P 500 Index is an unmanaged index of 500 widely held stocks that is generally considered representative of the U.S. stock market. One cannot invest directly in an index. Past performance does not guarantee future results.

The information contained in this report does not purport to be a complete description of the securities, markets, or developments referred to in this material. The information has been obtained from sources considered to be reliable, but we do not guarantee that the foregoing material is accurate or complete. Expressions of opinion are as of this date and are subject to change without notice. There is no guarantee that these statements, opinions or forecasts provided herein will prove to be correct. Investing involves risk and you may incur a profit or loss regardless of strategy selected. Index performance does not include transaction costs or other fees, which will affect actual investment performance. Individual investor's results will vary.