Put differently, we have seen a 5% stock market decline about twice per year and a 10% decline every 22 months. 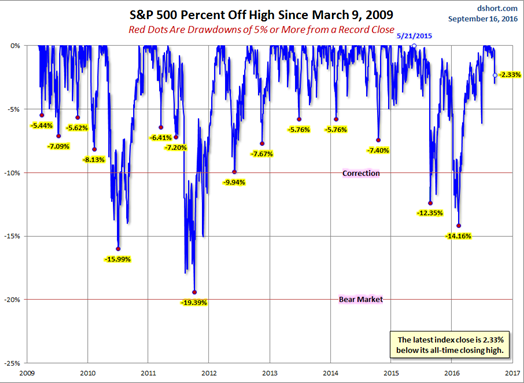 The S&P 500 is an unmanaged index of 500 widely held stocks that is generally considered
representative of the U.S. stock market. The information has been obtained from sources considered to be reliable, but we do not guarantee that the foregoing material is accurate or complete. Past performance may not be indicative of future results.