Today's post is drawn directly from the work of Dr. Ed Yardeni of Yardeni Research. Yardeni is an excellent provider of independent investment and economics research. In his most recent blog post, Yardeni highlights some of the key data points highlighting the global growth story occurring right now.

Here is Yardeni highlighting the key aspects to the global recovery he sees right now:

(5) Global manufacturing. Last month, the global M-PMI rose to 53.1, the highest since May 2011. Solid increases were registered for both the developed economies and the emerging ones." 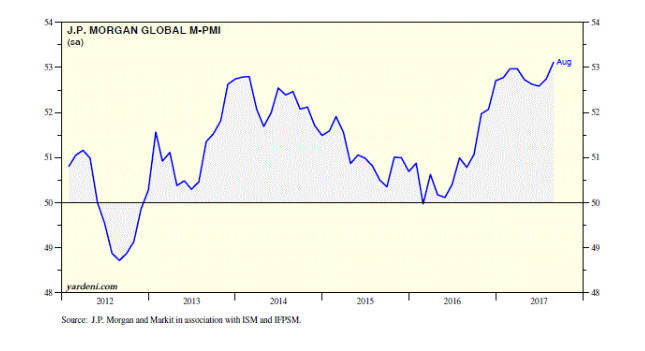 Global manufacturing at its highest level since May 2011