The majority of these United States (32 of them) do not charge a state-level estate tax (or inheritance tax). Minnesota is currently one of 18 states that does levy an estate tax beyond the Federal estate taxes imposed upon citizens.

The Republican majority MN legislature pushed for and attained higher estate tax limits in this year's state tax bill. Governor Dayton reluctantly signed the tax bill into legislation at the end of May. 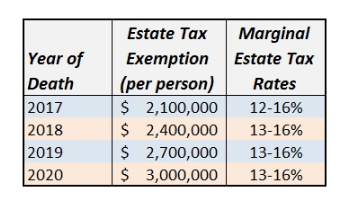 The most important caveat here is that Governor Dayton is battling the tax bill through the courts. While he did sign the bill, he thinks certain aspects of the broader tax bill should be revised -- that is, he does not like some of the tax cuts. He has specifically targeted these changes to the estate tax laws as being unfair.

Furthermore, the cumulative tax cuts passed in this latest tax bill are projected to amount to $650 million over the next two years, or $325 million per year. Sounds like a huge number, right? Wrong. As a percentage of taxes paid by we the people of Minnesota, it's an annual reduction in our taxes of less than 1% (0.8%, to be exact).

As a reminder, any mythical "budget surplus" manages to evaporate each year through increased government spending. If the state can quickly fritter away a $2,000,000,000 surplus, why can't they just as easily absorb a much smaller $325,000,000 reduction in tax receipts?

This recent law change is an example of why we revisit the estate planning discussion with our clients on a regular basis. We are in ongoing contact with a number of local estate planning attorneys, so we can efficiently set up a meeting for a client with an attorney, if their situation warrants it.