Stock market drawdowns are normal. They’re never fun, but they are a routine occurrence. As of market close on October 11, 2018, the S&P 500 Index was down 6.9% from its recent high on September 20.

A stock market correction is defined as a 10% decline in the U.S. stock market. So at this point, we  haven’t even entered “correction” territory. This is still a blip. But people take notice when we have big down days, as we did on Wednesday, October 10. On that day, the U.S. stock market was down more than 3%. The basic scare tactic of the media is to quote the loss in terms of points lost on the Dow. On Wednesday, the Dow shed more than 800 points. It sounds really ominous, right?

Stated simply: I don’t care how many points the Dow was down. We need to quote declines in terms of percentages, which then provides context.

Over the past 38 years, the S&P 500 Index has ended the year positive about 76% of the time. So in a four-year period, you would be up in three of those four years. In spite of those exceptional long-term results, the average drop within any single calendar year is 13.8%. Thus, corrections are very normal. 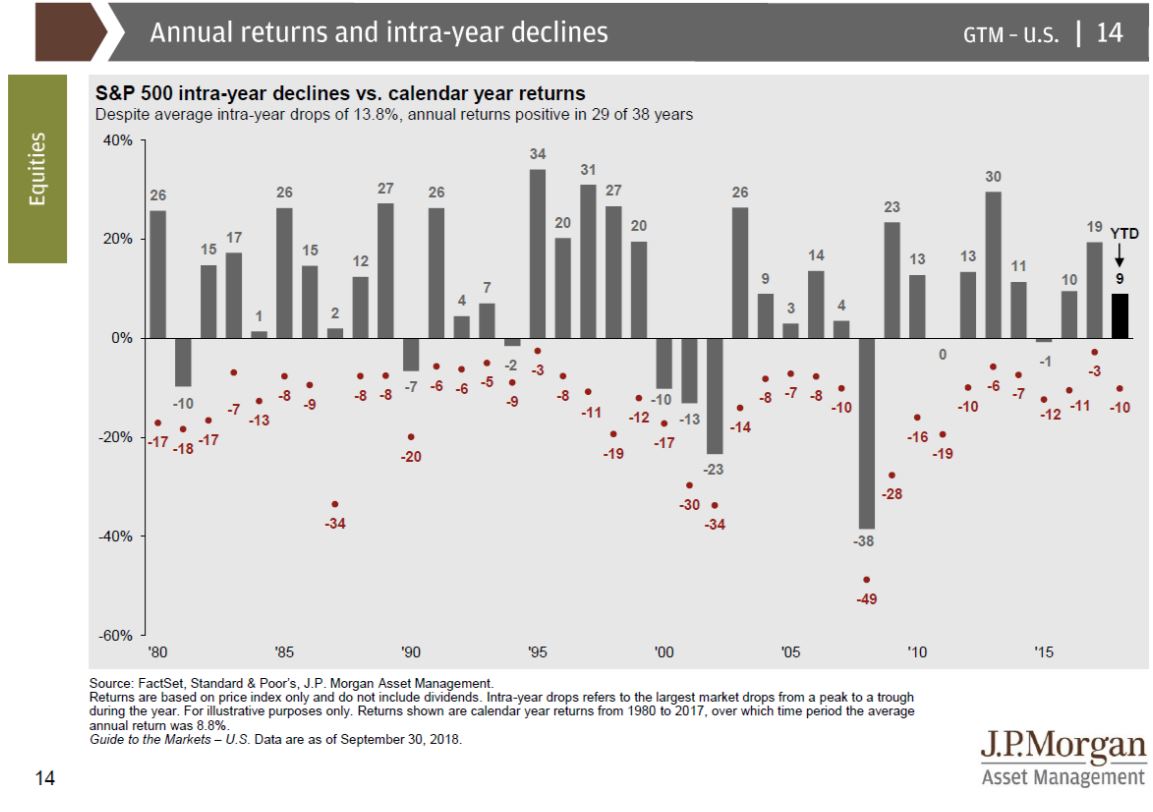