We’re starting to hear the “I-word” mentioned more often as of late. Inflation is on the rise.

The Federal government’s money printing machines have been on overdrive, and the US economy has taken note. Prices have begun to tick up across the economy – most notably in residential real estate.

The counterpoint (as made by the Fed) is the inflation we are seeing today is merely temporary, a hangover from the COVID shutdowns. 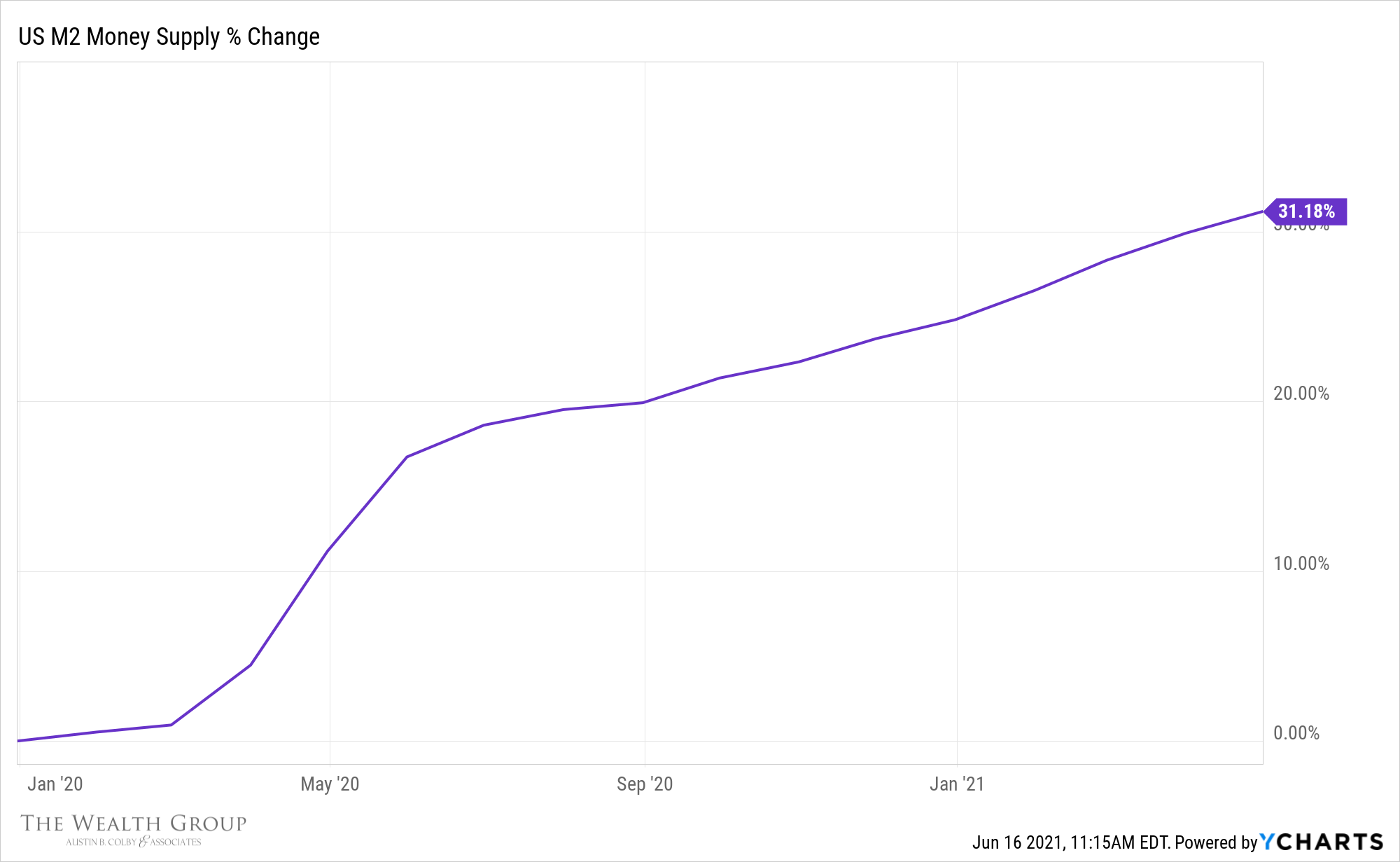 You don’t need a Ph.D. in math or economics to understand that our government is playing a risky game here. Compare the growth in money supply during the COVID era vs. the long-term trend: 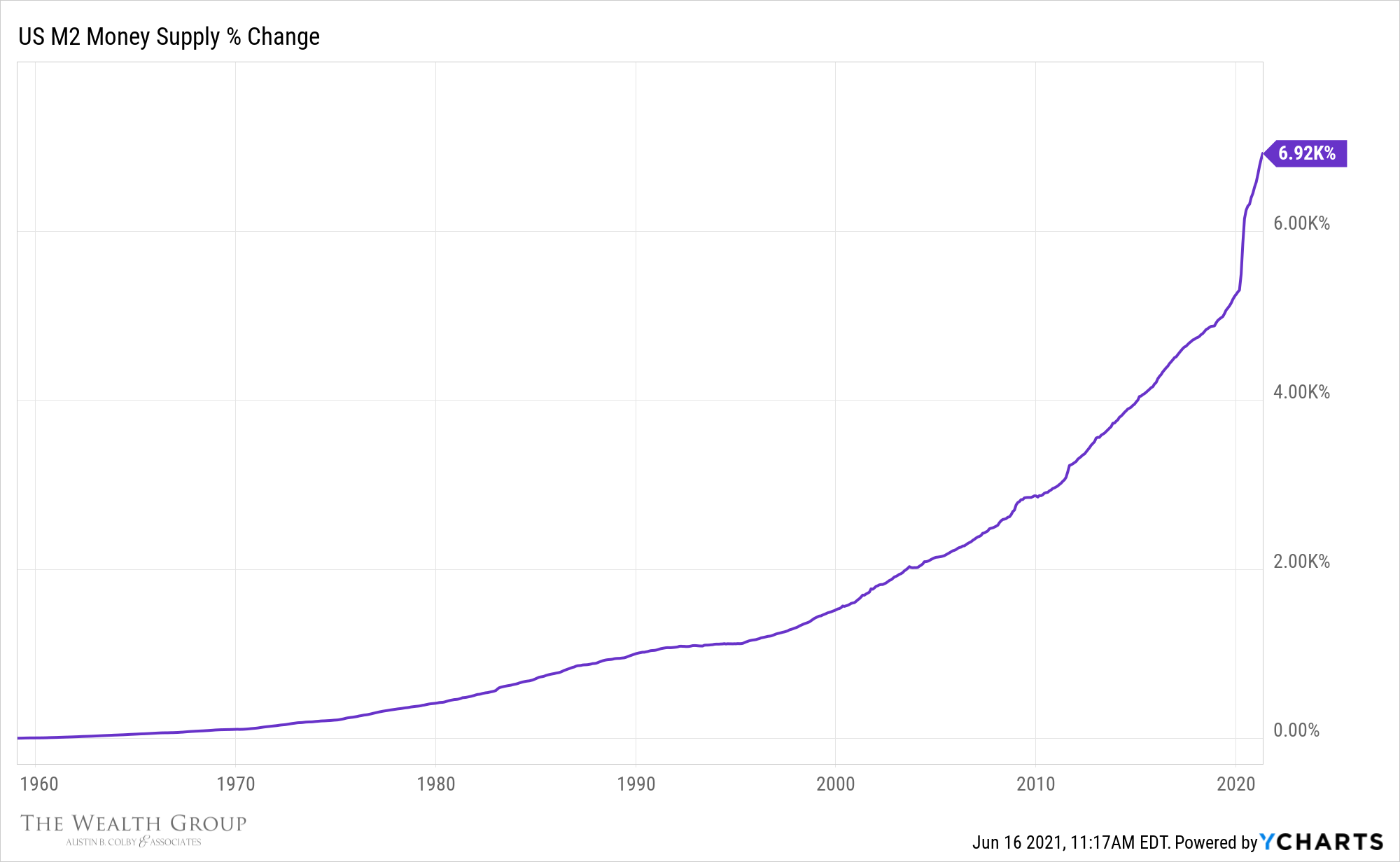 That said, we’re an optimistic bunch here at The Wealth Group, so here are three Silver Linings to steady your nerves:

What is an investor to do in the face of rising inflation? 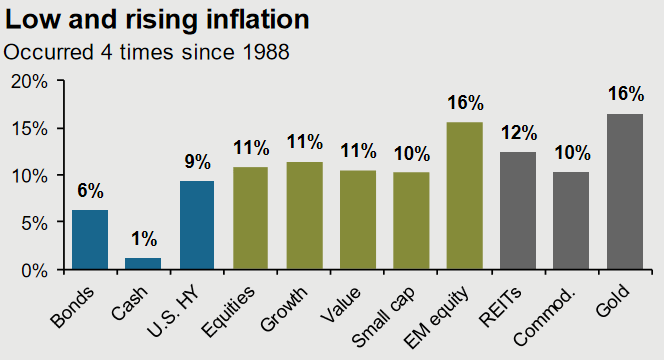 The encouraging takeaway from the above chart is that asset class returns have historically been strong during periods of low and rising inflation.

It’s also a warning to folks sitting on too much cash, or with too heavy an allocation in bonds.

Yet, this is a small sample size. We’re looking at just 4 occurrences of this phenomenon over the past 33 years. The period we are in today could certainly be different than the past four.

Our team's mission remains the same: we are here to help our clients stay invested, stay diversified, and most importantly: have an anti-fragile long-term financial plan. A plan that won't be shaken by the inevitable bear markets and recessions we will face.