The most recent release of this report from the US Department of Labor (DOL) shows that initial weekly unemployment claims have continued their downward trend. The latest reading of 236,000 new claims is our nation's lowest level since late 1973. Richard Nixon was president at that time, for those keeping score at home.

While the employment picture in the US is much more complex than one chart can illustrate, this is an encouraging chart. Admittedly, the employment tide can turn quickly and lead into a recession (as we saw back in 1973/1974), but for now, the trend is still our friend. 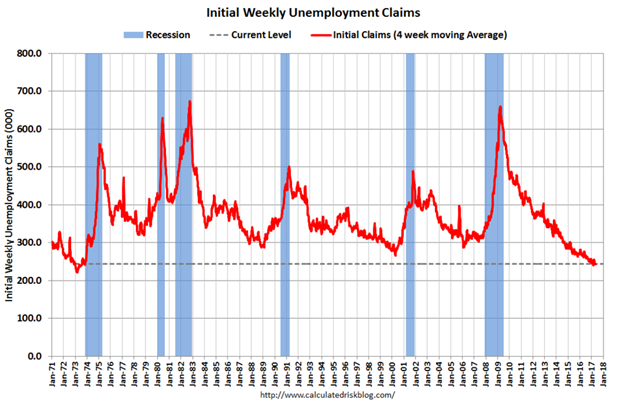