CNN Money is notorious for these sorts of headlines. These headlines are the epitome of clickbait: shock-and-awe statements designed to attract clicks and eyeballs. Clicks and eyeballs equate to revenue earned for media companies like Time Warner. That’s their endgame.

But these headlines are disingenuous. It’s silly to quote long-term spending figures as a lump sum. When you take a significant annual household expense and turn it into a 30-year cumulative lump sum dollar amount, of course it’s going to be a large number. The same could be said of food, transportation, housing, etc.

For instance, I could write an article about how the average retired couple will spend more than $350,000 on food during retirement. Would that generate a lot of clicks? Probably not.

Having said that, it’s true that rising health care costs in America are a vital concern for our nation. In the U.S., we spent $10,348 per capita (per person) in 2016. This is about double what other wealthy countries spend each year on average (source).

In the chart below, the orange bar is health care spending for the average American family with a bachelor's degree or higher. It is a significant expense, no doubt. However, even at its peak, health care costs are around 16% of a family's spending. That's a big chunk, but not a "break the bank" chunk. 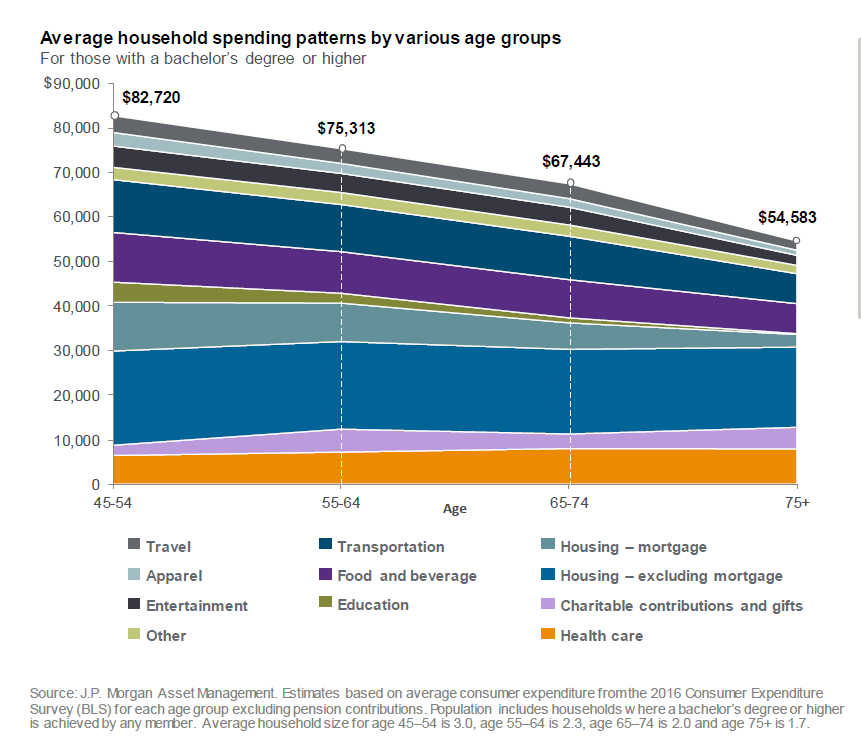 What can you do about this? As our favorite Carl Richards sketch reminds us: 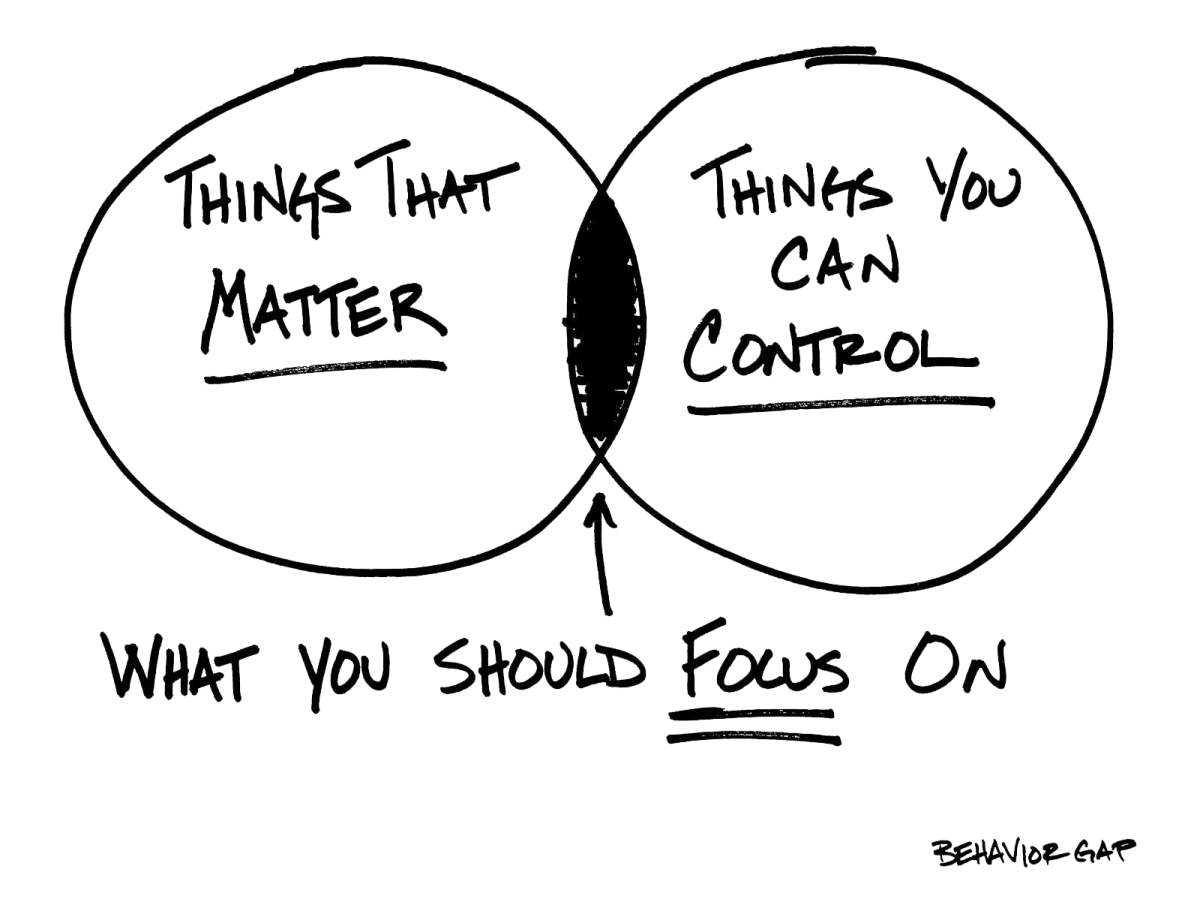 We can’t control rising health care costs. But we can control other variables in our financial lives, such as: