The last time small businesses were this optimistic was more than 12 years ago. More from the report:

"The average employment change per firm was 0.34, which puts hiring activity in May near the highest levels in the 43-year history of the Index.

A strong majority of owners, 59 percent, reported hiring or trying to hire in May, although 51 percent said they found few or no qualified workers. Remarkably, that was a problem for 86 percent of owners who said they tried to hire. Nineteen percent of all owners in the survey said finding qualified workers was their top concern, making it the second-biggest problem for small business." 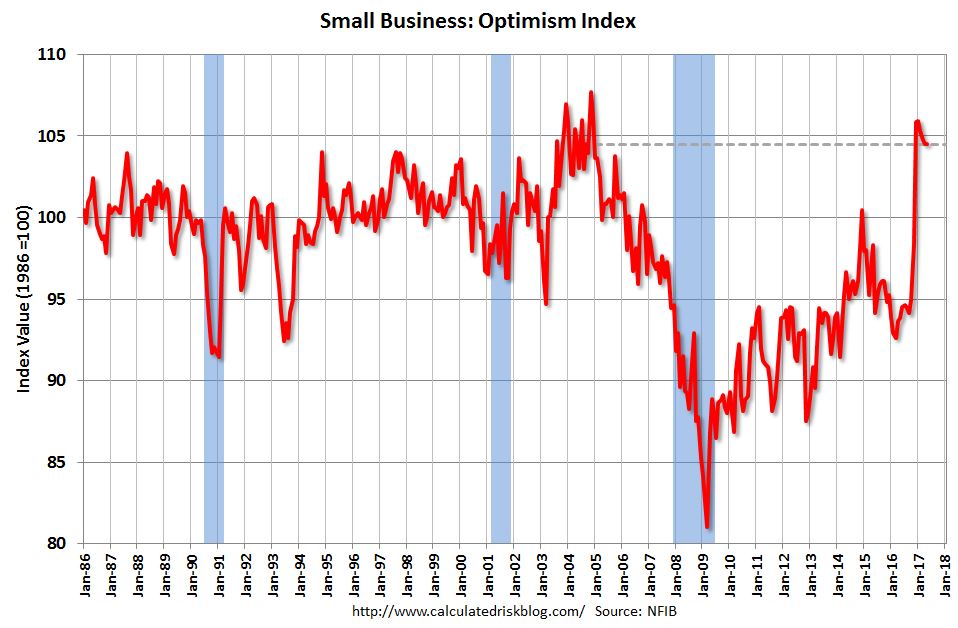