I bought my trusty 2007 Toyota Yaris in October 2012 for $9,300. Many of our clients know it’s a small 2-door vehicle – one that is often lost in parking lots tucked behind larger trucks and SUVs.

Two-door, tiny vehicles are not known as great family cars – especially for families with five young children in the home. But I continue driving it nonetheless. 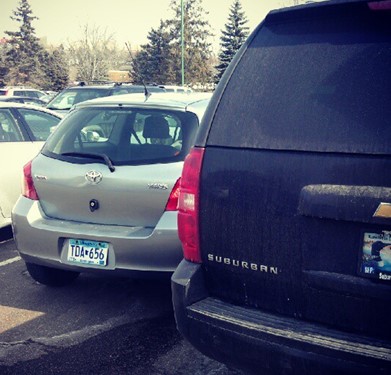 Knowing our family had long outgrown the Yaris, in late 2019 I booked a flight to Dallas. My intention was to buy a used 4-door vehicle (Honda Accord).

Why Dallas? One of my closest friends lives in Dallas, and he helped me buy our luxurious (I kid) 2008 Honda Odyssey down there. The idea is that used vehicles are cheaper in Dallas (a larger market), and less prone to rust from not experiencing salt-laden winters.

The day before Thanksgiving that year, I tore my Achilles tendon. That led to surgery, which led to canceling my trip to Dallas.

In early 2020, I again booked a flight to Dallas for the elusive Honda Accord purchase. Then COVID struck. Trip canceled again. 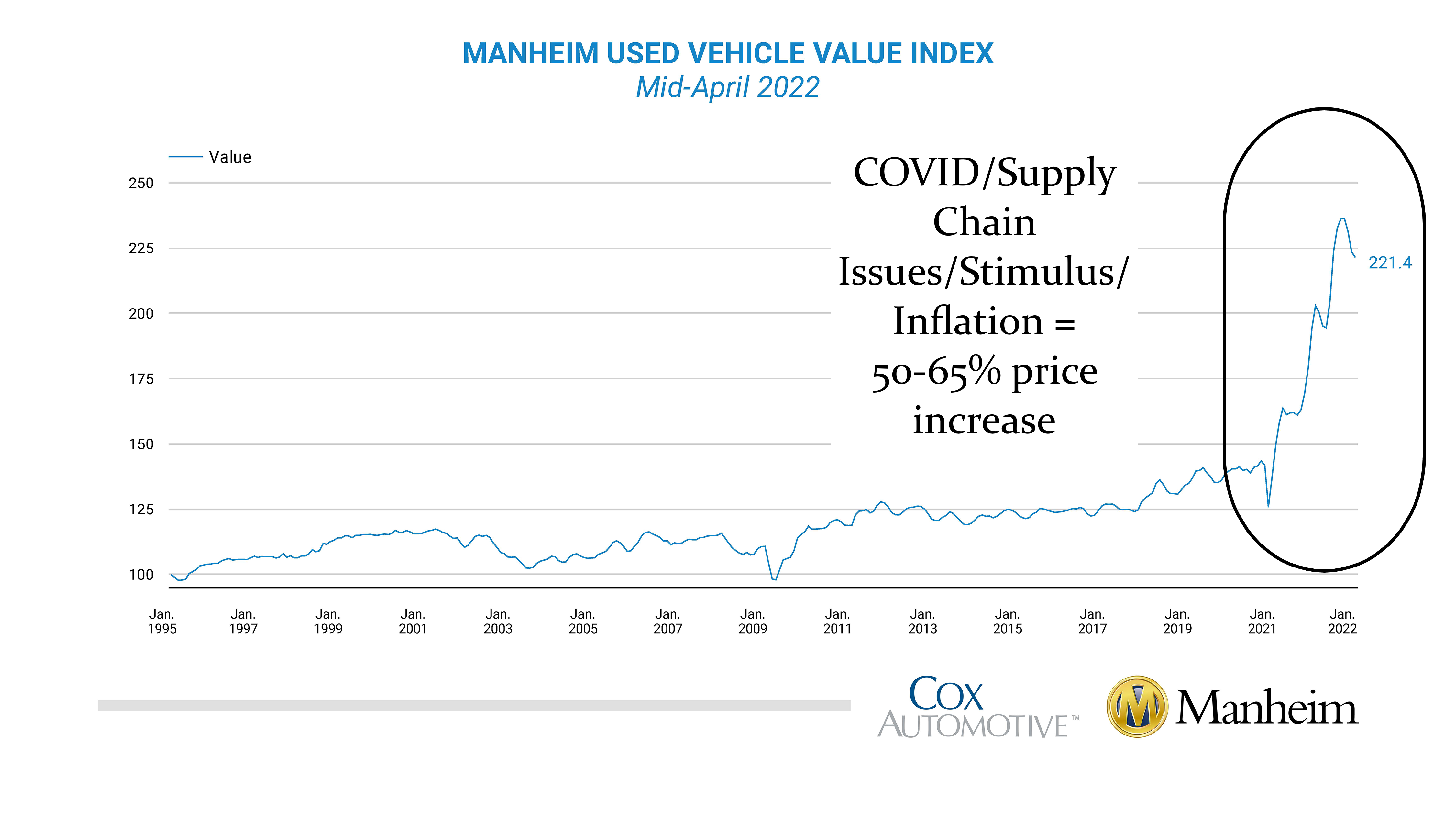 While the data on that chart can be startling, the glimmer of hope lies at the tail end. According to the Manheim Used Vehicle Value Index, used vehicle prices are down 6.3% so far in 2022. The CarGurus Index tells a slightly different story, with prices flat over the past 90 days: 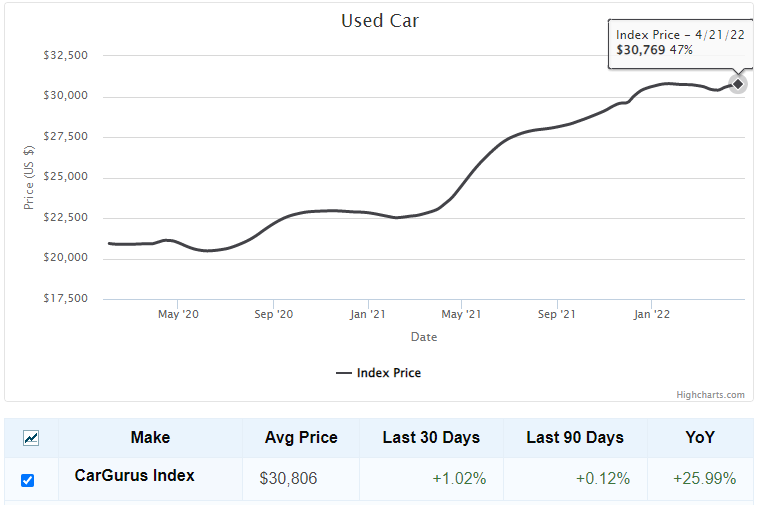 JPMorgan has said that a decline of 5-20% in used vehicle prices is possible before year-end. When you read the quote below, it’s encouraging – but it’s also a tepid statement. I don’t blame JPMorgan for this; they’re trying to predict the future (which cannot be done). 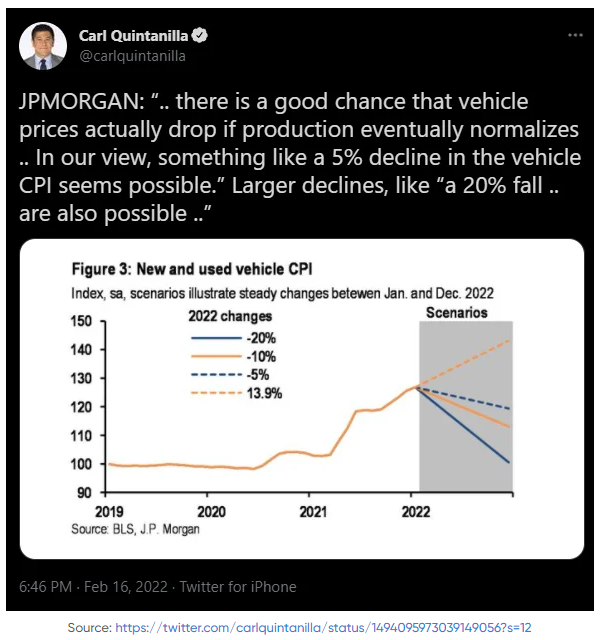 The trouble with inflation is that even a 20% reduction from current levels would mean current vehicle prices are still 25% higher than they were pre-pandemic.

This is part of what makes high inflation so pernicious: we never really recover. As I said to my wife Krista recently at our favorite haunt, Chick-fil-A: the milkshake that cost $3.50 a couple of years ago is now $4.30. The price will likely never go down -- at least not meaningfully. It will only go up.

It’s only $0.80 more…what’s the big deal? But it's a 23% increase. When you compound meaningful inflation across a country, the impact is substantial. And we all know that impact hits hardest on those with lower incomes. Thankfully, we still love CFA--and we always will.

What does all this mean to you, our client and fellow investor in stocks?