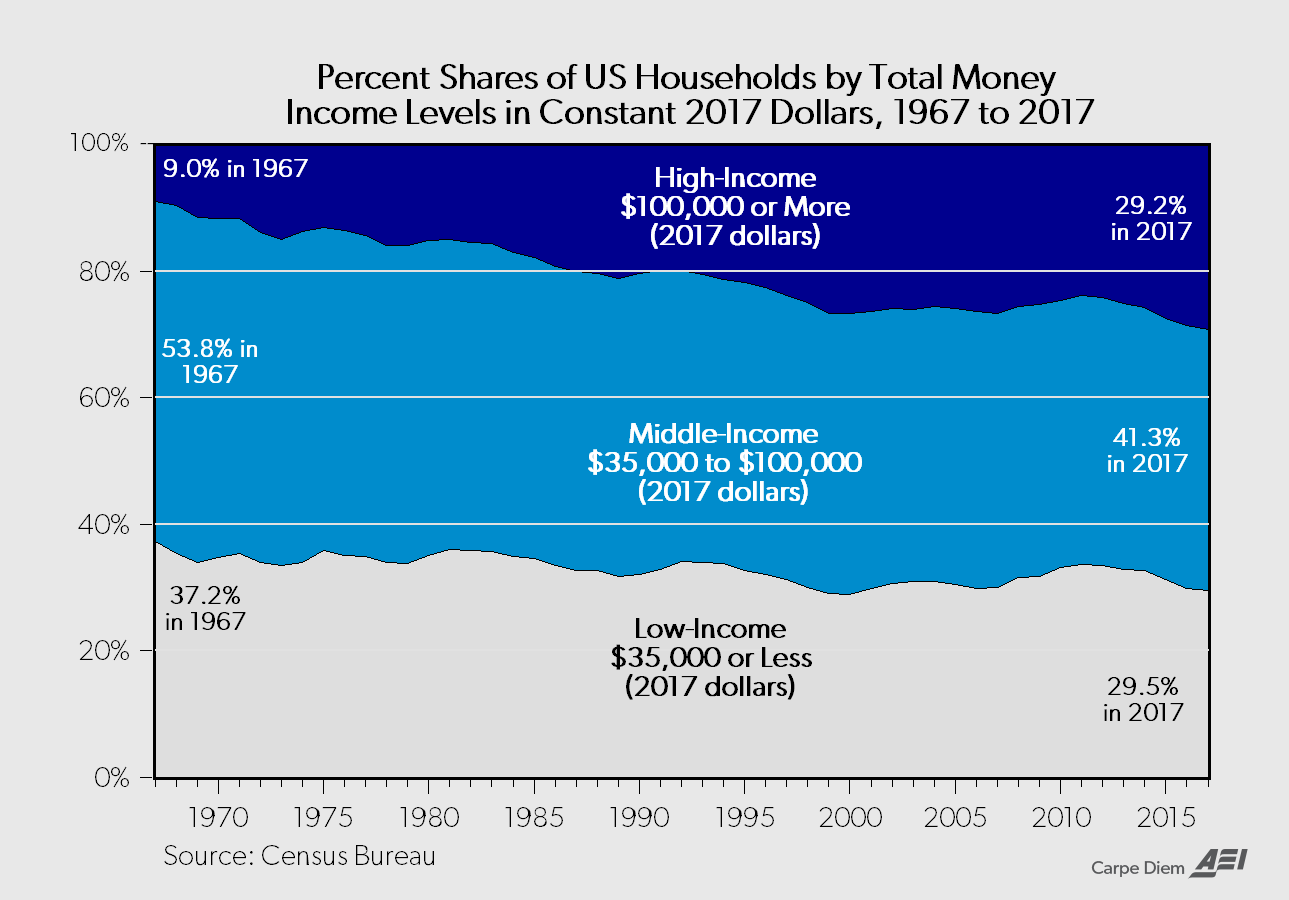 “Yes, the ‘middle-class is disappearing’ as we hear all the time, but it’s because middle-income households in the US are gradually moving up to higher income groups, and not down into lower-income groups.