The broad US stock market just experienced its 11th-worst 6-month period since 1971 (as measured by the Wilshire 5000 Index, which currently has 3,660 constituent stocks*).

It’s always possible that markets get worse before they get better.

Yet, history has shown that stocks tend to do well following a [very] bad stretch. Captain Obvious here, I know. But it’s still reassuring to see the historical evidence presented in a table: 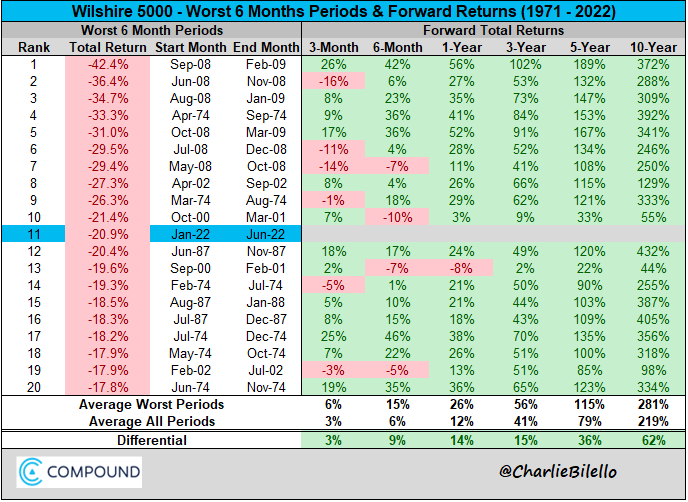 In all but one of the prior 19 worst periods, stocks were higher 12 months later (that's 95% of the time). Stocks may not regain their prior highs within 12 months, but this data shows we have a high probability of seeing better returns when looking one year out (and certainly within 3 years).

Could this time be different? Yes, it could be. But the bears have been making that claim for every downturn we have seen since The Great Recession of 2007-2009.

We’ll take the other side of that bet and remain bullish.