tl;dr version: Americans are very pessimistic right now. This is a contrarian indicator. Stocks have an 84% chance of being higher 12 months from now. It might take some time, but forward-looking return prospects are good when folks are discouraged. The average 12-month forward return in past instances like this is +15%.

The University of Michigan has been measuring consumer sentiment in the US since 1952. Their data is one of the most often cited indicators of the health of the US economy. This monthly survey asks American households about three areas:

Is that true? Can a basic survey of American households really provide a meaningful prediction about the direction of the US economy? Yes, it can: 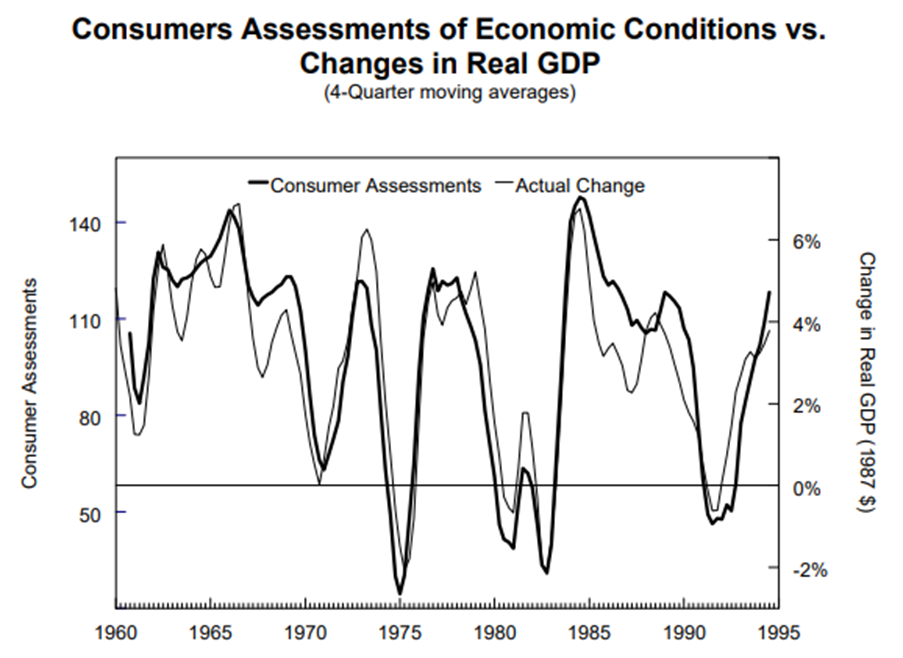 Consumers have historically been able to accurately forecast the direction of GDP. I would not have guessed that.

Today, US consumer sentiment is lower than it was when the stock market bottomed during the start of the COVID-19 outbreak in spring 2020. 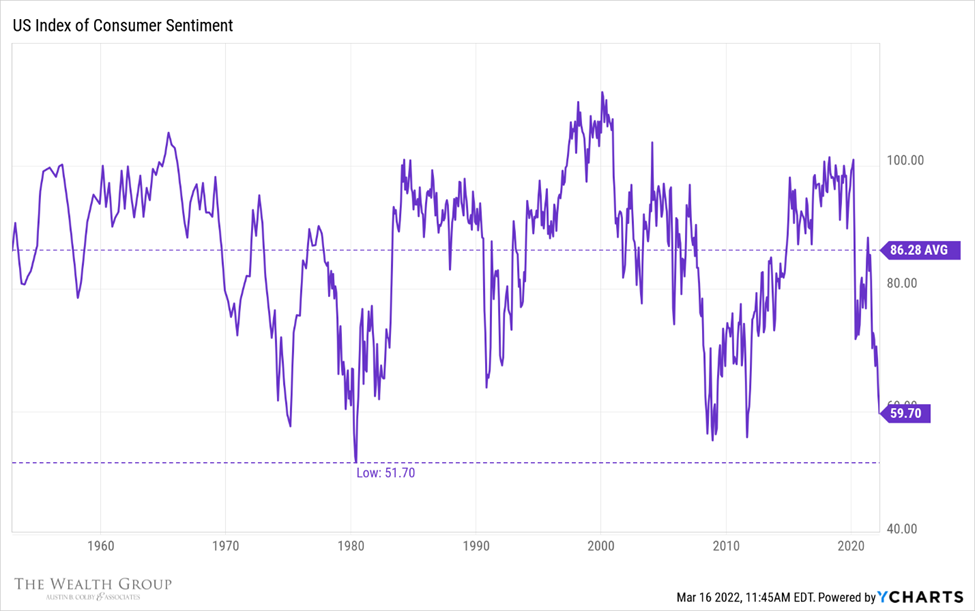 So, where is the Silver Linings Playbook? Is all lost?

I would not be writing this post if nothing good could be found in this data.

Terrible sentiment is a contrarian indicator of good things to come. When people are way down in the dumps, oftentimes things don't get much worse. In past periods of ultra-low confidence, stocks tended to rebound well going forward:

The research company FundStrat has compiled past consumer sentiment readings into deciles (since 1978). For 10th decile readings in the past (like we are in today), stocks were higher 12 months later in 84% of those periods. And the average gain 12 months later was 15.3%. 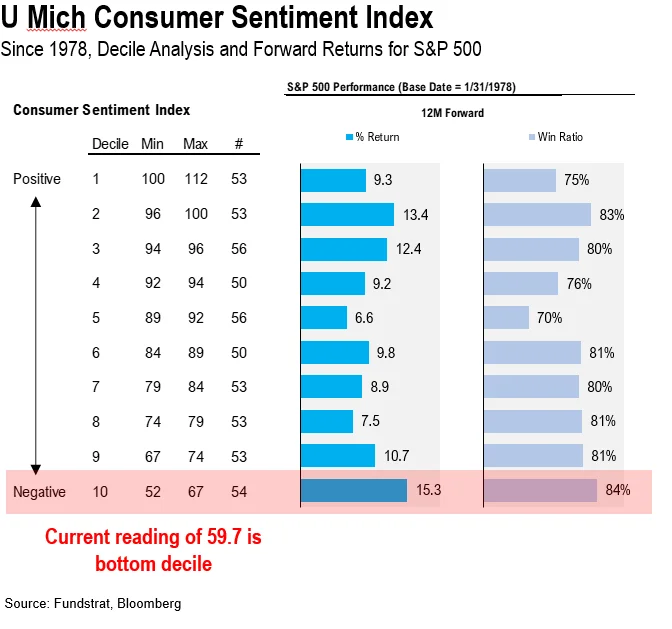 None of this provides a guarantee that stocks will rally from here. As always, we are looking at the weight of evidence to determine the most likely outcome going forward. Is America in a worse spot today than it was during the depths of the Financial Crisis? Or following the stagflation of the 1970s? We don't think so.

It's not easy to put Warren Buffett's quote into practice: being greedy when others are fearful. Folks are fearful today; it's likely going to pay off to remain optimistic right now.