A stock market correction is defined as a 10% decline in the market. We officially entered a correction earlier this week.

We recognize that most of our clients are seasoned, savvy investors that do not hit the panic button after a correction. We are always impressed at how calmly the bulk of our clients handle recessions, and even bear markets.

That said, it’s still painful for all of us (advisors and clients alike). We know our clients are not immune to being troubled over market downturns – particularly when coupled with geopolitical events.

The temptation during times of market distress is to say something like this:

For clients with larger portfolios, a 10% decline in the market can mean temporary declines of hundreds of thousands of dollars.

Note the key distinction in language there: losses vs. temporary declines. The words we use matter – and it’s not a loss until you sell.

You can also think to yourself: "Stocks are on sale right now."

I suspect that legendary investors (the Warren Buffetts of the world) are licking their chops at the chance to buy great stocks at a significant discount to where they were two months ago.

1. Dating to 1950, 10% corrections have happened on average once per year. Some years did not have a 10% correction, while other years had multiple 10% corrections. We’ve been in this position many times before. It's been 22 months since our last 10% correction. In some sense, we were overdue for a correction. Stocks need to catch a breather every now and again.

2. Stocks tend to do well after corrections and bear markets. Dating to 1980, stocks were higher 1-year later in 90% of the 33 times a correction or bear market occurred. The median return 1-year later was an increase of nearly 26%. 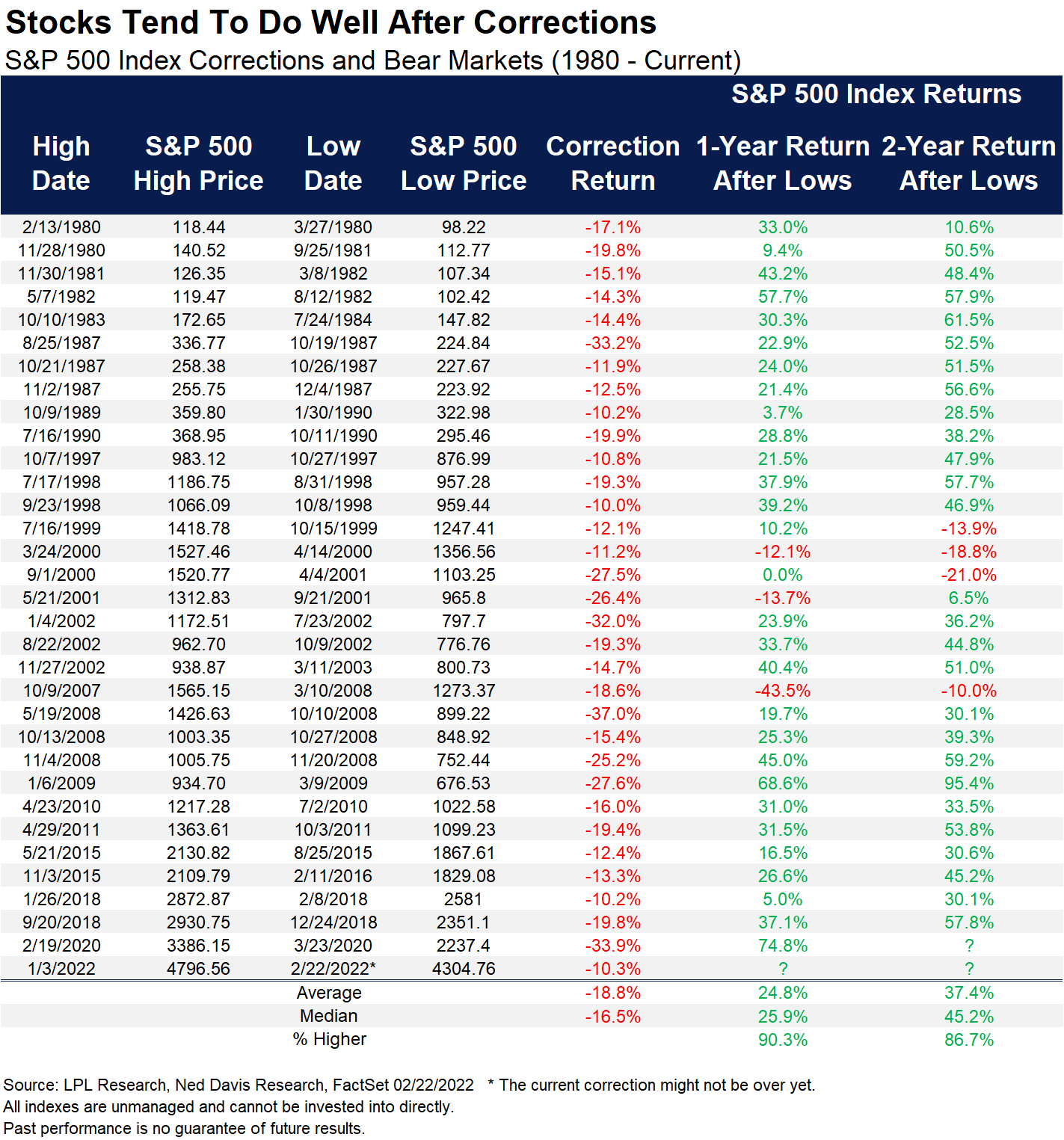 Our clients know we aren’t in the prediction business – it’s an impossible game, more akin to gambling. But sound investing does not require predictions. Trust the process. Stay invested for the long term. Your future self will thank you.

Further reading for the particularly ambitious:

"Focus on what you can control", by Josh Brown.
"Triumph of the Optimists"